Once again, months have gone by and you have not heard a word from me… And again, I apologize to those of you who actually follow me and hope that I would post more frequently. Of course, life events have come up making my writing time pretty much non-existent. So here is the update you have been waiting for…

My husband has been training since August 2011 to change careers within the Air Force. This left me home with the girls in North Dakota while he was away more often than not. We were expecting that we would be stationed in Florida but the beginning of November we received orders to New Mexico.

Our house was packed up on Thanksgiving weekend and we started our road trip on December 1st. Three days later we arrived in New Mexico. We immediately started house hunting and found a newly built house that we were able to move into before Christmas. The day after we moved in the bathtub flooded our house on all sides of the bathroom due to the drain not being installed properly. This caused our livingroom carpet to be soaked. The builder came over immediately with his plumber and over the course of a week they were able to fix the problem and dry our carpets. We have not had any major problems since then and we closed on the house mid-January. We have most of our stuffed moved in but we still have several boxes in the garage that need to be unpacked and sorted through. So far we love the house and are happy that we bought it.

This past August Shane & I celebrated our 10 year Anniversary. Shane was training in Arkansas so the girls and I went to visit him for a week. 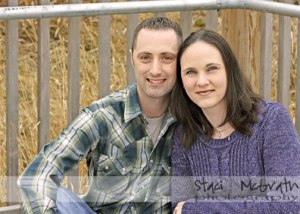 During that time we lost our dog, Keenan, who has been with our family since our first year of marriage. He had a series of unfortunate events happen over the summer which caused him to go downhill. We all were sad to let him go but it was good that he didn’t have to suffer anymore. Hashi, our cat, is still alive and well. He has come out of his shy shell since moving to NM.

Last week (after months of pleading from Shane & the girls) adopted a new puppy whom we named Bear. He is super adorable and loves to cuddle!

The girls celebrated their 6th and 4th birthdays this past January. We invited several of our new friends over to our new house and had pizza & cupcakes. The girls were sad that their North Dakota friends could not be with us but we all still had a wonderful time. Because we knew that we would be moving at some point during the school year, we decided that I would homeschool Kendal for Kindergarten. She generally does not do well with change so we figured it the move would be less stressful for her if she didn’t have to be pulled from public school and then re-entered into a new school.  We did very little schooling during the months of November and December but we have started to get back into a routine. Last month we started a 1st grade curriculum and she is doing well with most subjects. Audrey has several pre-school workbooks that she like to do while Kendal is schooling. While we were in North Dakota, the girls were going to a dance class that they really enjoyed. We have not  looked for a new class here in NM but it is something we may do in the future. The girls also started going to Awana every week while in ND so one of the first things we did was find an Awana program here. That started the search for a church home. 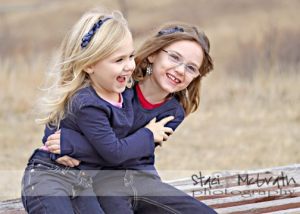 We attended the church that had Awana for the first few weeks while we were settling into our home. Then with the new year we started visiting several other churches. Some we visited once and others several times. There are many to choose from in our town and we liked several of them. The things we didn’t like about most of them were preferences and not because they were a bad church or had bad doctrine. I have been really liking the church that we have been visiting for the past few weeks but Shane wasn’t sure about it. We have gone to one of the Sunday School classes for a couple of weeks and I think that he has decided that we will continue going since he has been able to start getting to know the people in the class on a more personal level. This church has a really good children’s department, choir, and a heart for missions and other ministries. It is a larger church than what we are used to attending but we believe that being able to get to know our Sunday school class will help us fit in better. This year the girls will continue to go to Awana no matter where we decide our home church will be.

I have also started to attend a Community Bible Study that is at a church a few blocks away from my house. It includes women from several different churches/denominations in the area. I really love the in-depth personal Bible study that I have been able to do with this group. It has been nice to meet so many women in the community!

The past few months have been a whirlwind but we are blessed as we start the New Year!