As we enter the Easter season, we reflect on the greatest sacrifice ever made since the beginning of time! Jesus came to us; both God and human. He lived a sinless life, showed us by example how to love and minster to others, became our sin as he died on the cross, and conquered the grave when he was resurrected. Unfortunately, there are many who still have not experienced the life-changing gift of salvation that God has offered. Most people recognize that Jesus lived as a teacher and prophet but many deny that Jesus is God. One of my favorite authors is C. S. Lewis. In his book, Mere Christianity, he states the following: 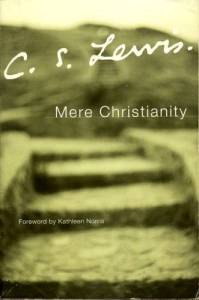 “I am trying here to prevent anyone from saying the really foolish thing that people often say about Him; ‘I’m ready to accept Jesus as a great moral teacher, but I don’t accept His claim to be God.’ That is the one thing we must not say. A man who was merely a man and said the sort of things Jesus said would not be a great moral teacher. He would either be a lunatic… or else he would be the Devil of Hell. You must make your choice. Either this man was, and is, the Son of God: or else a madman or something worse. You can shut Him up for a fool, you can spit at Him and kill Him as a demon; or you can fall at His feet and call Him Lord and God. But let us not come with any patronizing nonsense about His being a great human teacher. He has not left that open to us. He did not intend to.”

May we remember who Jesus truly is! May we honor Him as Lord and Savior of our lives! May the Fruit of the Spirit grow and thrive in us so that the world will see Jesus in everything we say and do! Jesus is Alive!